The challenge of this recipe is recycling it leftover cake which were not consumed in a new and rich dessert, that is, in a consistent pudding food savings and avoiding throwing away food that is still fit for consumption. The result is actually a enriched cream with our favorite cake. 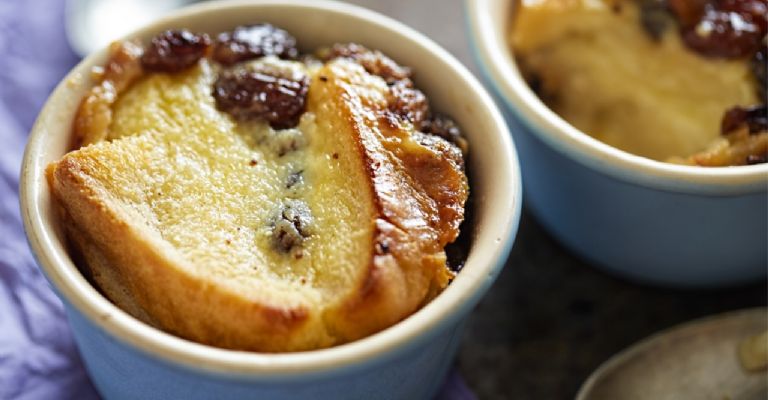 1) Put the milk with the cinnamon stick in a pot on the fire. When the milk boils, remove from heat and cover to infuse for 10 minutes. After this time, strain the milk.

2) In another container, put the eggs with the sugar and mix them with a stick. Then add the milk, little by little, beating until all the ingredients are well mixed.

3)Incorporate the chopped cake into this mixture, allowing it to absorb the batter.

4) Put the sugar with a little water in a pan over high heat. Let this syrup cook until you get a caramel. Remove from the heat and pour into the base of the pudding moles. Let cool.

5) Add the mixture of the dough and the sponge cake to the caramelized forms and cover them with aluminum foil. We place them in a pan with hot water to form the bain marie. Bake at 180 degrees until the pudding sets.

6) Remove the molds from the oven and let them cool before unmolding.