Spain has a large number of endemic dog breeds, but the truth is that this is only a small number compared to the hundreds of dog breeds that exist all over the planet. Breeds among which we can find some of the most loyal dogs, the most affectionate, the most intelligent, and also some of the rarest dogs in the world.

Breeds whose physical characteristics, distinctive coat, coloration, temperament or even their barking make them one of the rarest and most special dog breeds in the world. Introducing some of the most unusual dog breeds on the planet.

The rarest dogs in the world:

This unique breed of dog was a few decades ago on the verge of extinction, but is currently found in some of the most important and historical sites in Peru and has been declared part of the national heritage of this country since 2000. The main reason for this is that this hairless dog is part of the culture of Peru, being one of the oldest breeds in the world, as it often appeared in ancient paintings, pottery, and as part of the iconography of the Inca cultures. Vari and Chimu. Its main physical characteristic is sparse fur and soft and flexible skin. 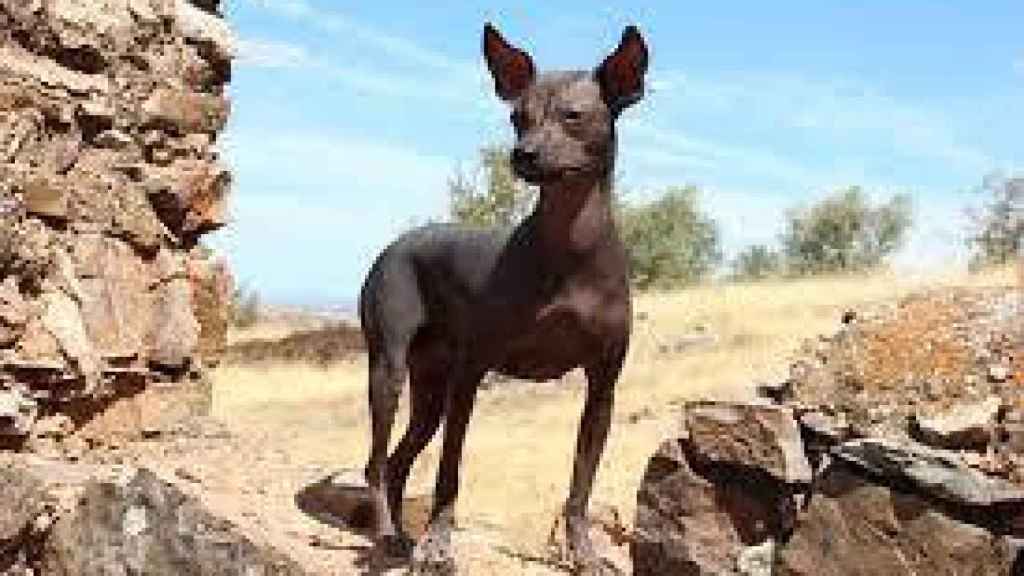 Basenji is one of the oldest dogs in the worldIn fact, they may seem familiar to you mainly because they appear in many Egyptian paintings, as they were the companion dogs of the pharaohs. But, without a doubt, the most characteristic and strange thing about this breed is that they do not bark like other dogs, but simply emit a howl similar to a Tyrolean song when they are nervous. An alert breed, independent and very affectionate with their loved ones, but especially reserved with strangers and even aggressive with other dogs, this is one reason why it is important that they get used to socializing with other members of the same species from puppies. 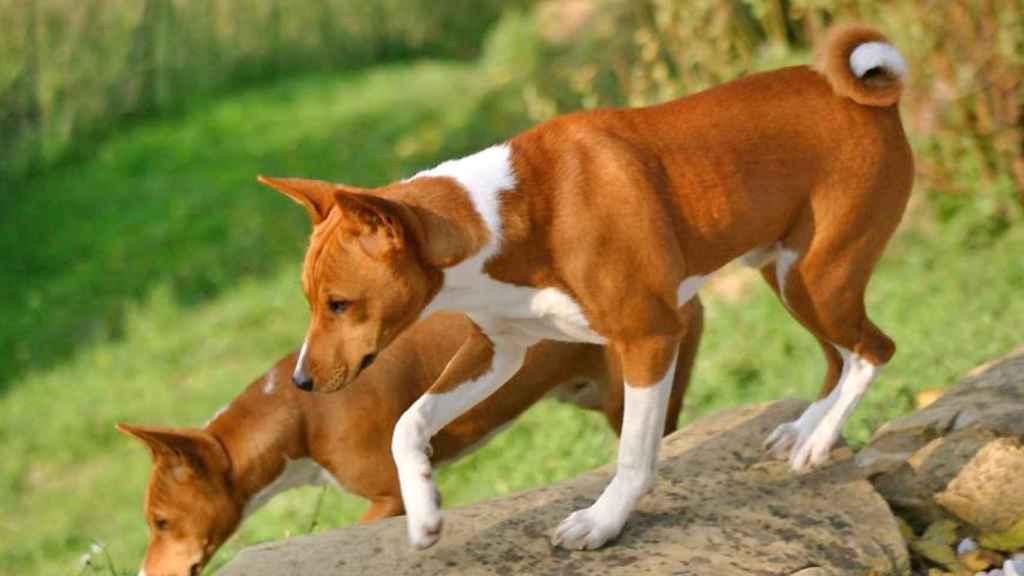 Even if it’s not one of the most famous dogsThe Catahoula Leopard is especially recognized as one of the best tracking dogs and an excellent hunter due to its excellent physical characteristics. The dog is originally from Louisiana (USA), the origin of which could be associated with a combination of mastiffs and other European dogs. The most characteristic feature of this breed is undoubtedly its coat and peculiar combination of colors. The short, thick, shiny coat, which combines red, blue and black with flecks of other shades, makes it look like a leopard. 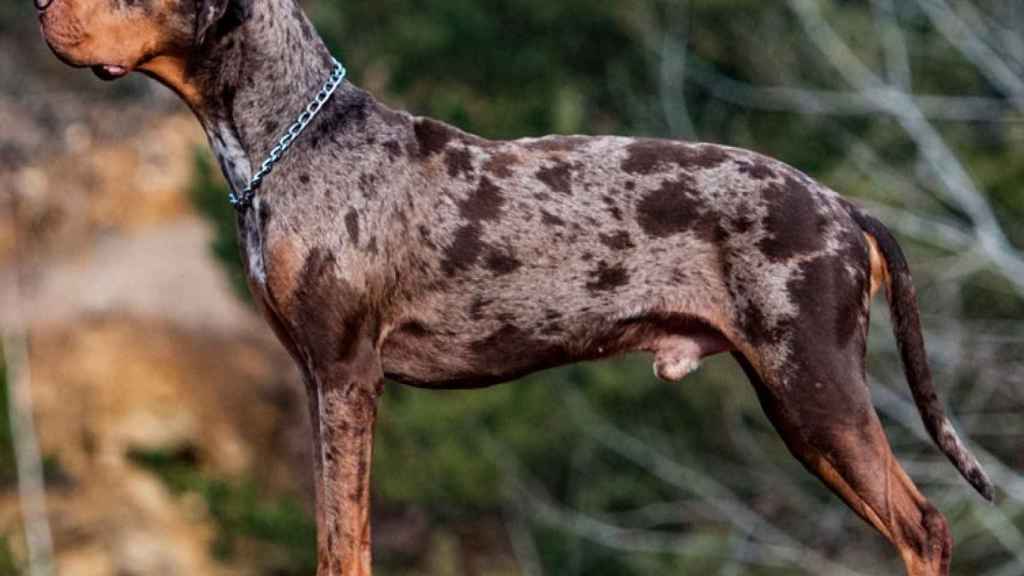 The Chow Chow Panda, also known as the Pandog, is far from being a real dog breed. it is a breed of dog Chow chows that have become fashionable in China. The controversy about these dogs is that their owners decide to paint them black and white to make them look like panda bears. A fashion that can be harmful to these animals, since in addition to stress it can also cause allergic reactions. 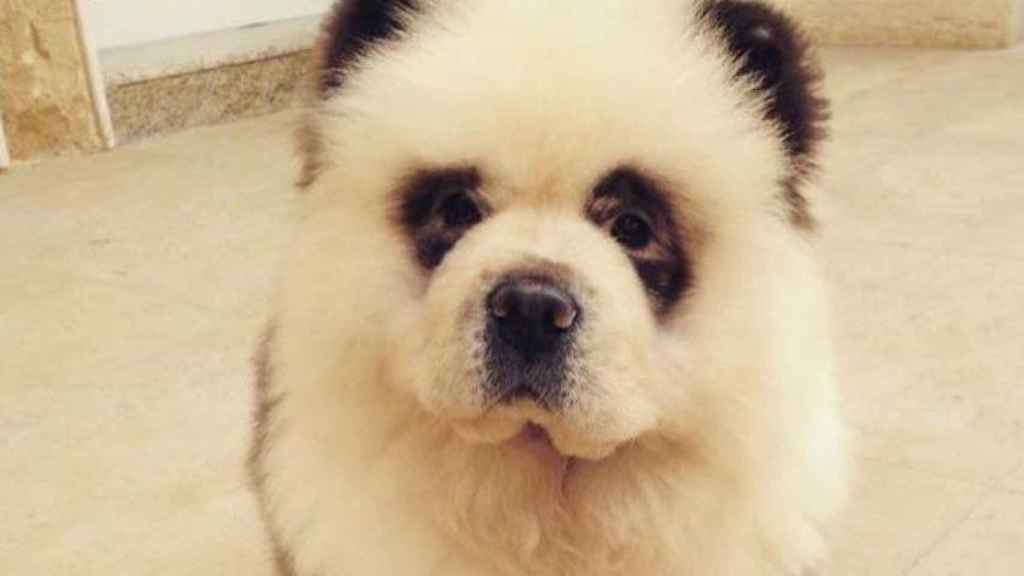 The Chinese Crested Dog stands out for being another of the rarest dogs that exist, especially for his unique appearance. And the fact is that although there are two varieties of Chinese Crested with soft hair and one without wool, it is the latter that are the most striking. A dog that some call the ugliest in the world, but the truth is that his friendly nature manages to put aside this special appearance. A cheerful dog that loves the company of people, playful and very friendly – this is how you can define the character of the Chinese Crested. 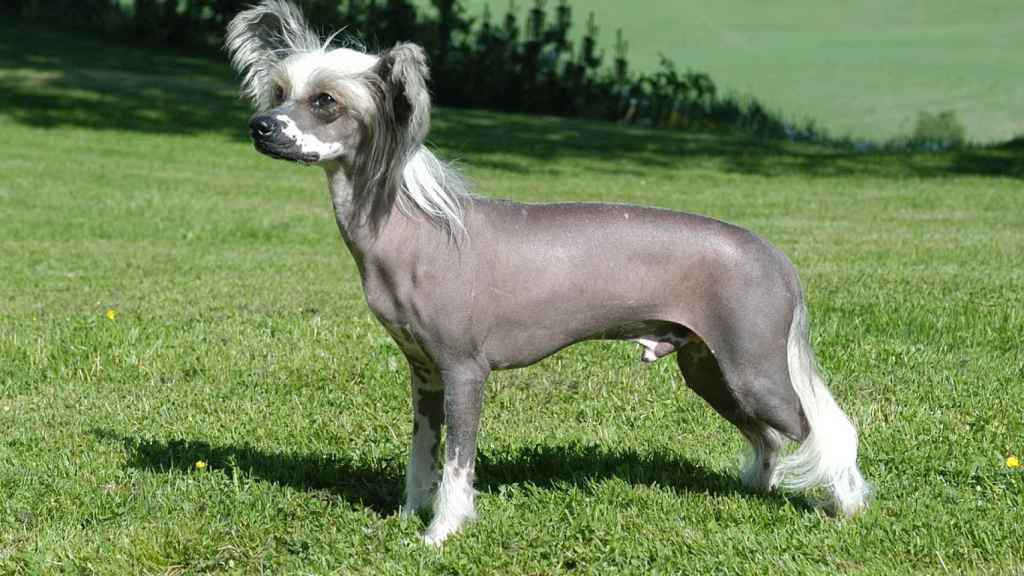 Their characteristic fur, especially when they are white, makes them especially sheep-like. The Bedlington Terrier is a dog that usually barks little and can become quite firm, bold, independent, playful and especially true to himself. 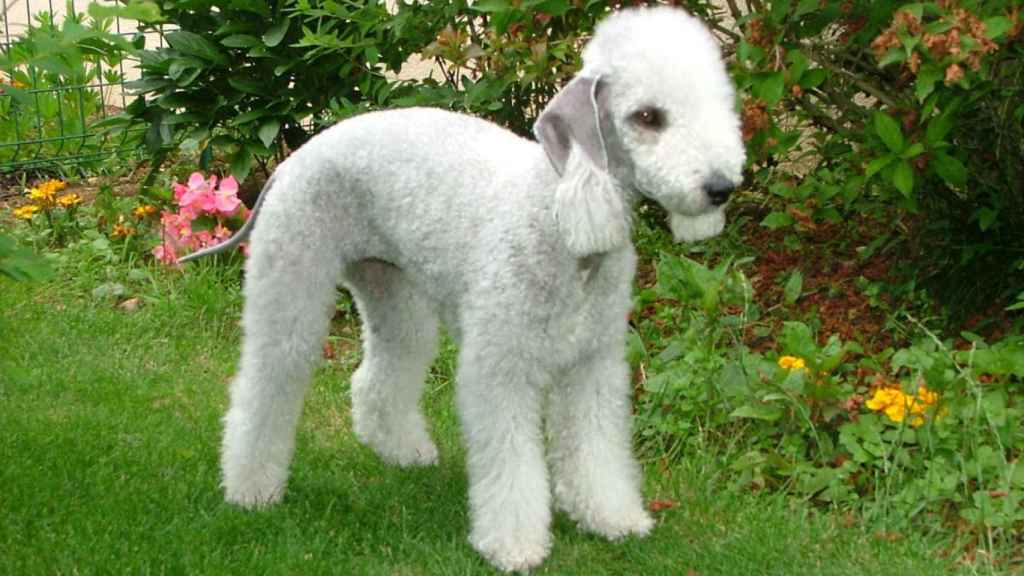 It is also one of oldest oriental races in the world and is especially known as a working breed of the ancient Himalayan nomadic pastoralists, as well as a dog used to guard Tibetan monasteries. This breed is considered the progenitor of all breeds of mastiffs and mountain dogs. A dog that stands out for its strength and power, large, strong, imposing, but above all for its lion-like fur. 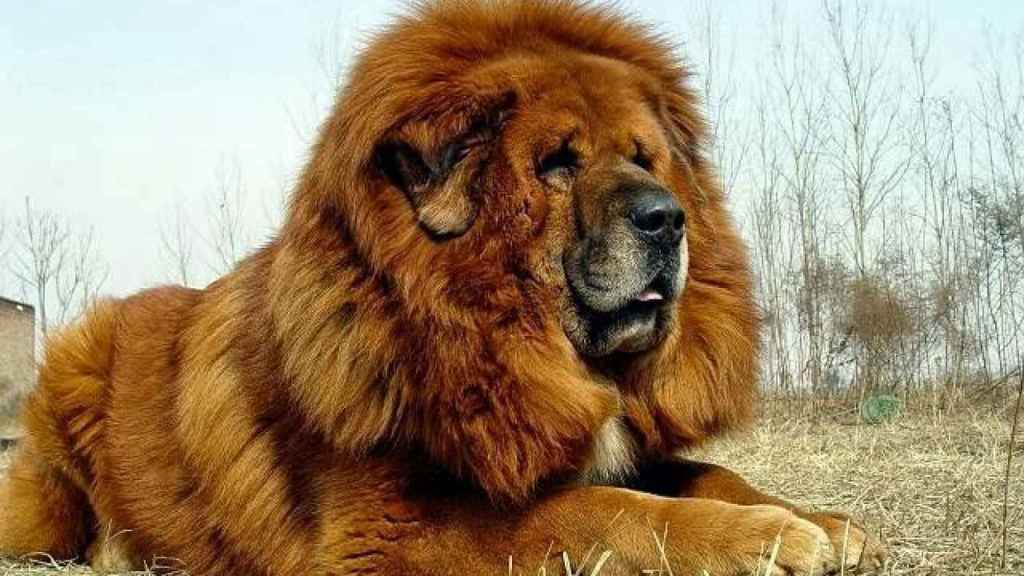 Bullets are another one these easily recognizable dog breeds especially for this curious coat, so characteristic and full of long, dreadlock-like curls that can reach the ground. These types of dogs are usually black, rusty black, white, or various shades such as apricot and grey. Under this fur hides a strong and muscular body. But if there’s something about them that stands out, it’s their personality, which is that bullets usually create a special bond with a family member, they’re also friendly, sometimes quite stubborn, and especially kind to children. 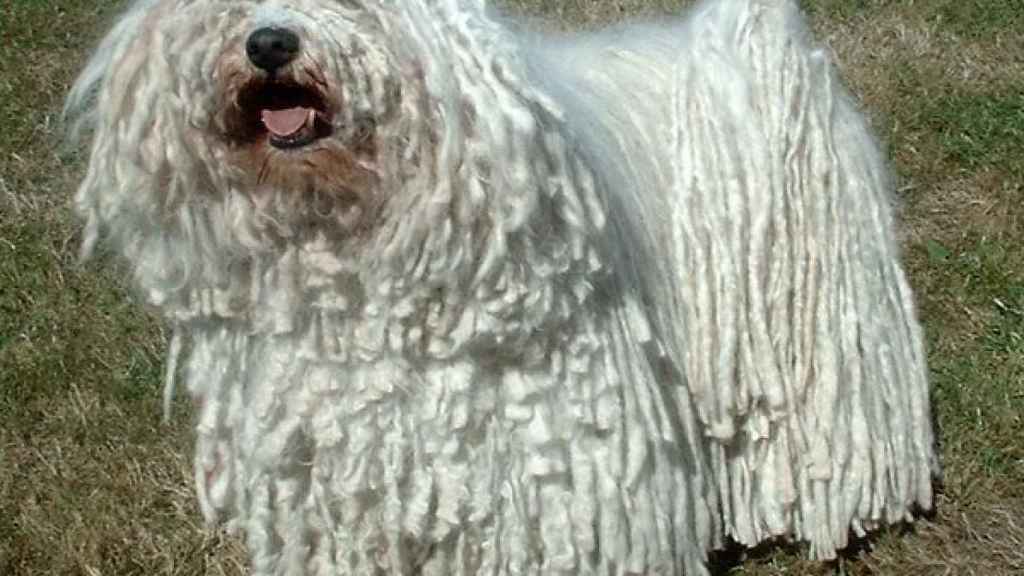 This aboriginal breed of Hungary is descended from eastern breeds thanks to the nomadic Magyars who lived by raising cattle and moved west with their sheepdog breeds. A flamboyant dog, 60 to 80 cm tall, whose appearance is quite distinctive, especially because of its strikingly long and matted coat, full of tufts. These locks or dreadlocks do not form until they are two years old. A bold, cunning and independent dog that, if properly trained, can become very loyal to its owner, but is not particularly affectionate with children.

The Shar Pei is another of the most unusual dog breeds in the world and is especially known for its wrinkled body. Very popular dog in China for being one of the oldest breeds in existence in the country, as some suggest it dates back to 200 BC. Their skin, full of wrinkles and somewhat oily, can become quite problematic, as inflammation and parasites tend to develop in their folds if not checked regularly. As for her character, she is a loyal, affectionate, affectionate, calm, playful and gentle dog. Characteristics that make him an excellent family dog. 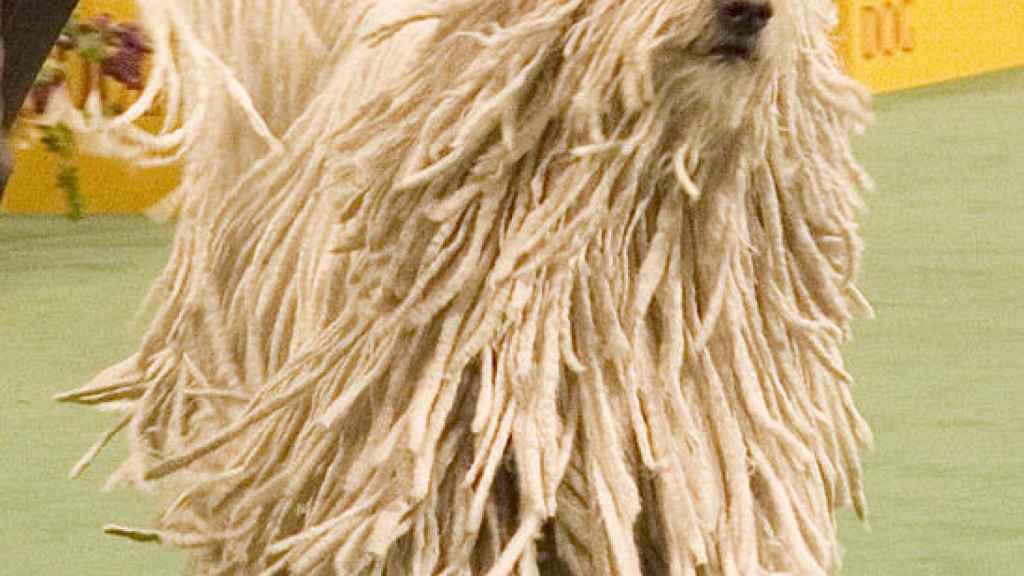